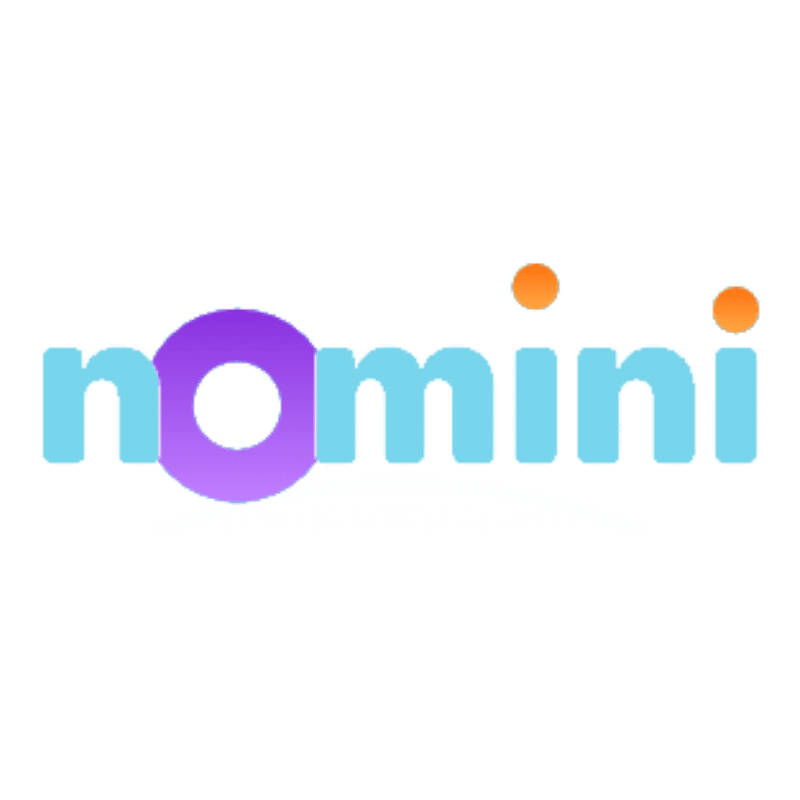 Nomini is not available in your country. Please try:
Deposit methods

Despite having a small selection of eSports to bet on, Nomini appears to have chosen the games with precision. They're all well-known and the focus of annual tournaments. Specific wagers for each major competition become accessible as it takes to occur.

It's also worth noting that Nomini isn't just an eSports betting site. Instead, it provides a diverse choice of gambling possibilities. This is why the website hasn't moved its emphasis to more niche games.

League of Legends (also known as League or LoL) is perhaps the biggest eSport to bet on in Nomini.

In terms of live events, the Nomini sportsbook hosts around 10,000 per month, with average odds of 93 percent. Full / Partial Cash Out, Fast Markets, and Bet Builder are all available to players.

However, no live-streaming is available, and other features such as Edit and Request a Bet are unavailable. The Bet Acceptance time is 5", and there is an option to accept higher or lower odds automatically.

This can be a drawback for some bettors, as some of the best eSports betting sites recently updated their services to include a live stream as punters enjoy live betting on the same page.

CS: GO is not just one of the most popular first-person shooters globally, but it's also a good bet in Nomini. Here you'll find the widest range of matches available across all games, including major tournaments like the CS: GO Major Championship.

Compared to the industry average, the betting markets are reasonable and fair. In addition to the traditional match-winner scenario, you'll find 5 to 20 different betting markets depending on the event and match you choose.

While this isn't perfect for those looking for exotics, it'll do for casual bettors looking for a straightforward wager.

Blizzard Entertainment's StarCraft 2 is a real-time strategy (RTS) esport. Two players compete by choosing one of three races: Terrans, Protoss, or Zerg, all accessible on a pre-selected map.

In addition, their gaming experiences are varied and distinct from one another. Athletes must still make decisions quickly, and multitasking is necessary. This is ideal for thrill-seeking bettors due to the game's fast-paced action.

Riot Games' first-person shooter VALORANT is the latest esports phenomenon. The game's unique blend of tactical shooting and individual characters is evocative of CS: GO, Overwatch, and League of Legends.

Fans from both games have greeted VALORANT with open arms. Twitch viewership for the game crested at over 1.7 million, and weekly player logins to climb the VALORANT levels are still in the millions. The attention of that vast audience has now switched to the thriving VALORANT esports industry and Valorant betting.

The Champions Tour, Game Changers, Red Bull Campus Clutch, and Conquerors Championship are some of the most important events in VALORANT, and they are all worth a wager in Nomini.

King of Glory is a popular Chinese esport with tens of thousands of spectators and a massive prize pool. One of KOG's distinguishing features is that it is one of the very few mobile-only esports.

Even though fans can watch games on a big screen, on YouTube, or on other platforms, all pro matches are fought on mobile devices. It's also a free-to-play esports game, contributing to its ongoing popularity.

Dota 2 is a real-time strategy game that necessitates a great deal of tactical decision-making and a high level of team collaboration.

The majority of esports betting sites accept DotA 2 bets. It's accessible on most specialist opponents and one-time events, with stake categories like head-to-head betting on entity matches and tournament champions like The Invitational.

Dota bettors have a lot of options and opportunities when it comes to live betting. In-play betting, especially in Dota, is a more exciting kind of wagering because you can watch the action live and base your betting strategy on the match's happenings.